Who were those guys? 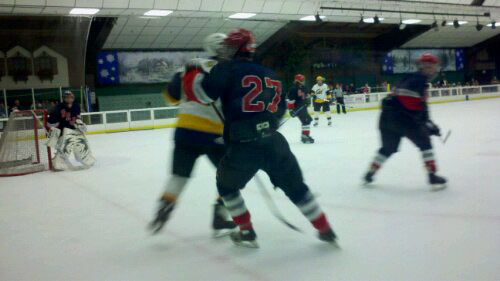 It was not a fairly matched game.  This San Jose State team has not, according to  their website, won a game this season.  It needs updating but tonight did not depart from that pattern.

Knowing the outcome of the game is hardly a spoiler.  With SJS’s record, against the SRJC season record of 11 wins out of 15 games, how much suspense  could I expect? END_OF_DOCUMENT_TOKEN_TO_BE_REPLACED

My grandfather used to listen to baseball games on the radio. I remember coming into the kitchen early in the morning, seeing him there at the table in his ranch clothes, having already been out to do the morning chores.  One hand would be wrapped around a cup of coffee,  the other hand on the table, fingers curled a little, rapping a knuckle against the table top.  He listened with his eyes fixed on a distant place reflected in the surface of the table.

END_OF_DOCUMENT_TOKEN_TO_BE_REPLACED

Day two of being mostly bedridden with a head cold.  Reduced to heckling Philly beat writers on Twitter, can’t remember what I used to watch on tv before hockey.

I think the cold meds are getting to me, am considering following Mike  Commodore on Twitter but he tweets a lot… Like A LOT.

END_OF_DOCUMENT_TOKEN_TO_BE_REPLACED

A little back and forth on Twitter caught my eye this morning:

You're ALREADY predicting a letdown? Let em play first! 🙂 RT @SWhyno One more story pregame will be on no pre-break let-down for Flyers.

To which Whyno tweeted: END_OF_DOCUMENT_TOKEN_TO_BE_REPLACED

Where will Nabby go?  Looks like nowhere.  I mean, everyone seems to understand why he would not want to play for the Islanders, but if I figured out they would put in a claim for him before it happened, then I imagine he could have too, and certainly Meehan could have.  So feigning surprise only makes me think someone is lying or else is a lot dumber than I thought. END_OF_DOCUMENT_TOKEN_TO_BE_REPLACED

Just when I thought Twitter could not get more intoxicating, I bump into some feeds about the Adirondack Phantoms.  Like this one today:

Anybody wanna take bets on what kind of soft goal Michael Leighton gives up to lose this game? OK, I'm sorta kidding.

You know I got all cranky about THAT.  And then this one: END_OF_DOCUMENT_TOKEN_TO_BE_REPLACED

I don’t want to care if the Sharks win this one.  I know they need the points but I don’t want to want a win against the Canucks.  The Sharks losing to them just isn’t something I want to feel bad about.  It’s hard but I’m going to try and not care about the winning thing.

I just want the Sharks to not lie down. END_OF_DOCUMENT_TOKEN_TO_BE_REPLACED